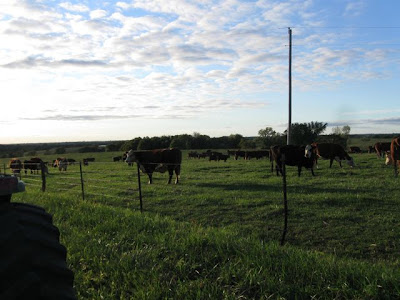 So we got ourselves all settled in at the Uptown and then it was time to head over to Walt Disney's boyhood home for drinks and social time.
The home is now owned by Kaye Malins whose father was once the Mayor of Marceline. Kaye is one of the tireless members of the toonfest team and was actually in the uptown theater the day Walt premiered "The Great Locomotive Chase". She was also our tour guide through the Disney museum and our hostess on more than one occasion.
From Kaye's house we boarded a hay wagon driven by a 4th generation Marceline farmer Willie Ewigman His young son was aboard the tractor and seemed much intrigued by this gaggle of cartoonists. 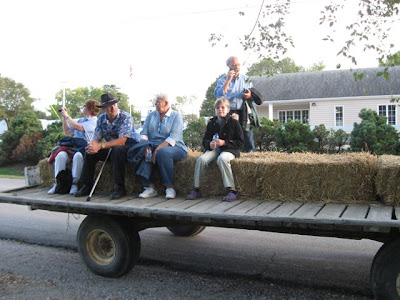 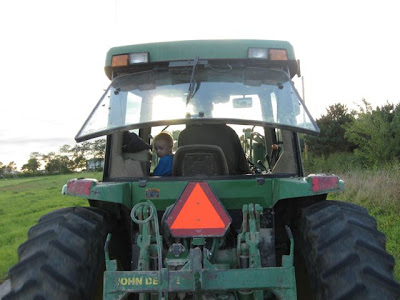 We rode the wagon through the peaceful countryside during that wonderful time about 40 minutes before sunset when everything looks so sharp and vibrant. 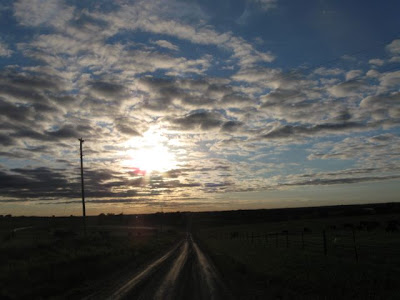 After a couple of miles we pulled into a pasture and spent some time with a herd of the black angus cattle that are such a feature of Missouri. After a while we noticed they seemed pretty interested in us and had actually started following the wagon. While it was flattering to entertain the thought that they were drawn by all our magnetic personalities, the real truth of the matter is that we were riding what is ordinarily their feed wagon and they wanted to know where the heck their food was. We must have been a pretty big disappointment to them. 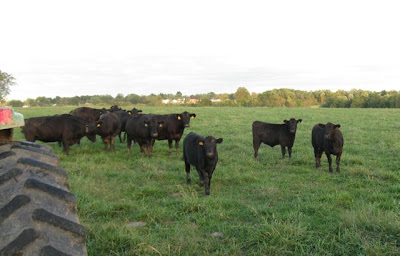 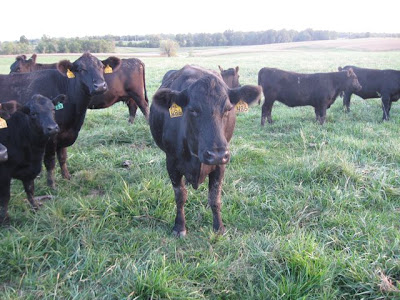 Where's my food?!!!
We then disembarked at the farm of Chris Ankeney and had the first of many delicious meals of the weekend. If I followed all the genealogies right, Chris is related to the Taylors who were great friends of the Disneys when they lived in Marceline. The highlight of the evening for our daughter was hanging out with Chris's 19 cats and kittens. A devoted lover of cats, I don't think Katherine even ate anything - it would have cut into her "cat time" 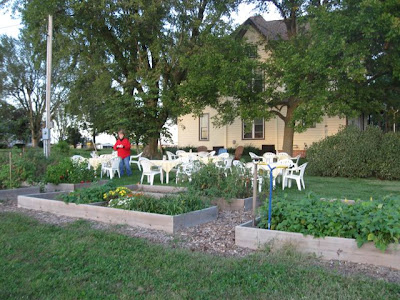 After dinner it was back to Main Street USA and bed. 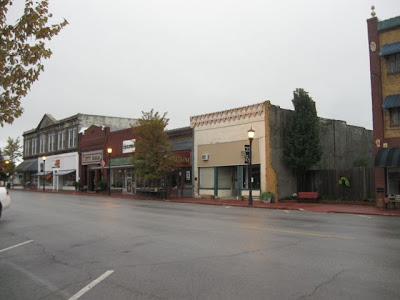 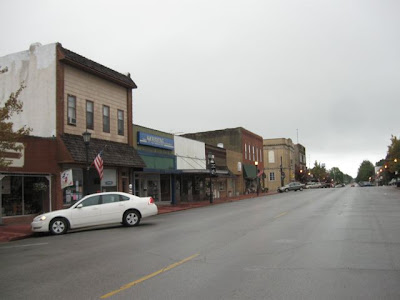 A word about Main Street in Marceline. Walt Disney was so taken with this street and its "everyman" "everytown" quality that he used it as the model for the Main Street USA in Disneyland. A few years ago the street was officially christened with the name Walt had chosen for it, so that it now truly is Main Street USA.
Posted by Anne Hambrock at 9/22/2010 10:05:00 PM

Email ThisBlogThis!Share to TwitterShare to FacebookShare to Pinterest
Labels: Toonfest 2010