(Click on the image for a better view)
This is the Edison strip that is traveling the country as part of the "One Fine Sunday in the Funny Pages" show. As I have been organizing the Kenosha Festival of Cartooning, the strips in the show have been the topic of a lot of conversation and it appears to me that - although this originally ran April 11 2010, it could just has easily have run again this week :-)
Posted by Anne Hambrock at 7/27/2011 12:44:00 PM 0 comments 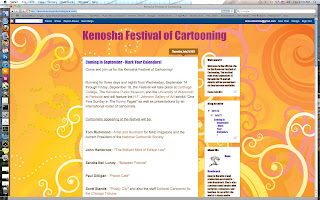 If you've noticed that I haven't been blogging much lately, it's because I'm working on a monster project called the Kenosha Festival of Cartooning. When Carthage College Gallery Director expressed an interest in bringing "One Fine Sunday in the Funny Pages" to Kenosha this fall, I decided to organize a festival around it. Yes, I am a glutton for punishment :-) Anyway I have started a new blog for all things festival related that you can read here: Kenoshacartoonfest

If You're Going To San Diego Comic Con...

If you're going to San Diego comic con, you won't want to miss this opportunity: 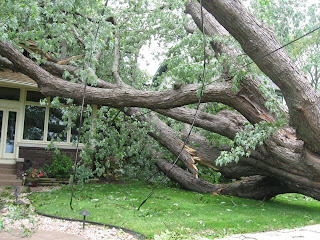 Those of you who follow me on twitter know that our family has been dodging severe storms since late May. One of them finally found us - read about it here.
Posted by Anne Hambrock at 7/12/2011 10:52:00 PM 0 comments

A) Making me spit milk all over my kitchen table,

B) Causing my husband to wander around the house all day whistling the Limbo song (which, of course, followed me into my dreams last night)

C) Prompting this hilarious essay on growing up Catholic by Mike Peterson. (You may have to scroll down to it - for some reason I can't link to the essay only)

And a note to Mike - in case you're wondering, Wiley was, indeed raised catholic, parochial school and all.  At the 2007 Festival of Cartoon Art I had the privilege of being at a table that consisted of my husband, John and 6 very well known editorial cartoonists. All of whom (Wiley and Mike Peters were two that I recall) were, as it came out in the conversation, the product of parochial school.