Kenosha Festival Of Cartooning on Indiegogo

The Indiegogo campaign for the 2014 Kenosha Festival of Cartooning goes live today at noon CST. There are a bunch of great rewards! Subscribe to the official KFOC site to stay up to the minute on details!
Posted by Anne Hambrock at 2/25/2014 11:45:00 AM 0 comments

John and I are huge fans of the work of Richard Thompson, creator of Cul de Sac and Richard's Poor Almanac. I opened my gocomics today to find the above gem - perhaps my new favorite Valentine's Day Cartoon of all time. It's a perfect example of Richard's razor sharp, dry sense of humor and his wonderfully scratchy, deceptively simple looking, drawing style. I say deceptively simple because there is a lot of complexity there and he makes it look as though it were tossed off in a matter of minutes. 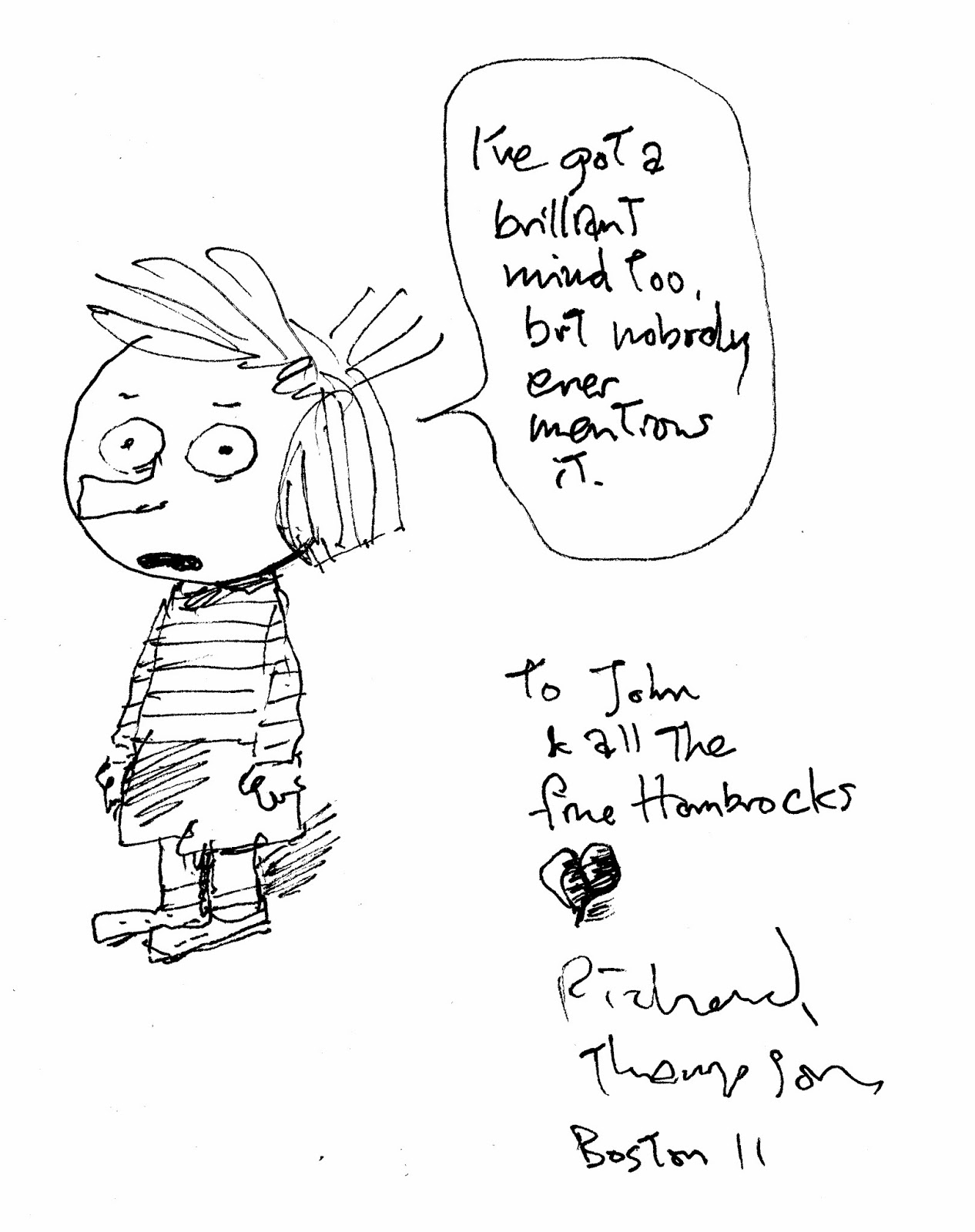 A couple of years ago Richard drew this beautiful little Alice Otterloop for John. We recently had it framed and it is hanging in state in John's inner sanctum, the innermost section of his studio, where he can gaze it in in awe and resentment everyday. Awe because Richard is a genius and resentment because Richard is too damn good to have had his drawing days shortened by the demon disease of Parkinson's.

Now would be a good time to post some important links to all things "Richard-y".