It was such a busy weekend, I'll be posting in stages. Here are some pics from Sunday afternoon when cartoonist Cathy Guisewite very generously opened up her home to the entire NCS. I did get to speak to her briefly and was able to finally thank her for her advice to John many years ago when he was breaking into the business, but it was a busy day and she was in high demand so I did not impose on her for a photo. Her home was lovely, the food was delicious (the salad alone was one of the best I've ever tasted), the music provided by a very talented guitarist was beautiful, and the company was terrific! Cathy's parents Anne and Bill greeted everyone as they arrived. (No Cathy's mother does not customarily sport a mustache!) 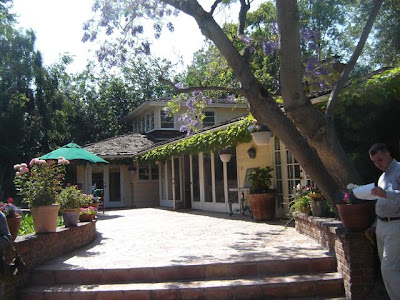 A view of the house from the terrace. 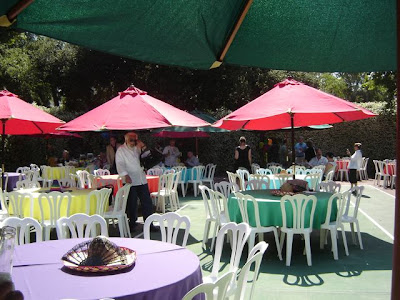 The tennis court was nicely set up for eating and chatting and the umbrellas were a much appreciated touch - my Wisconsin winter skin was starting to get a little crispy by the end of a weekend in the California sun. 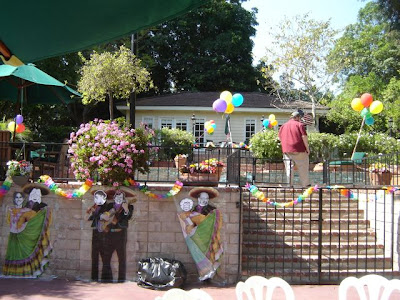 Surrounding the tennis court were these figures - each had the head of a cartoonist and his/her character. The stairs lead to the pool and a small guesthouse. 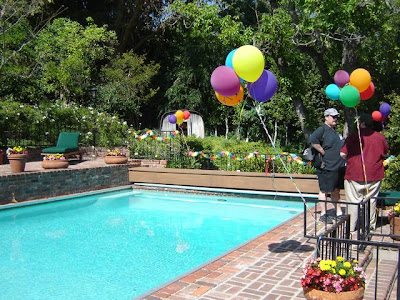 The pool. No one swam but, more surprisingly, no one got thrown in either. I must confess I rather thought Mike Peters might dive in but he didn't :-) 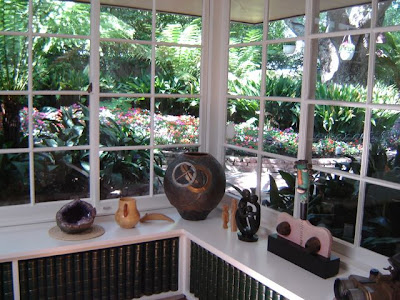 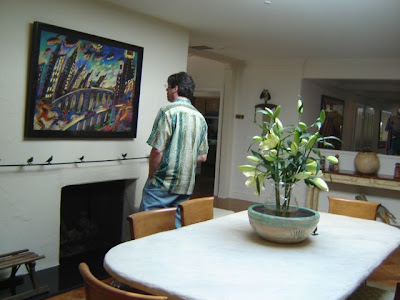 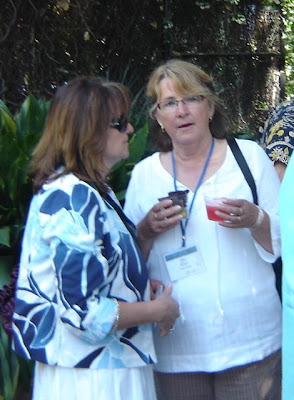 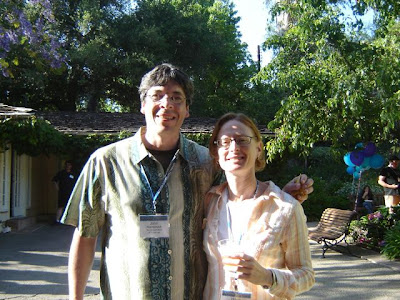 John with Hilary Price of Rhymes with Orange 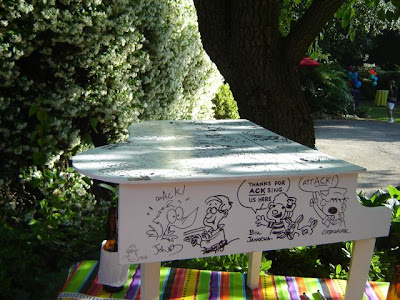 There were two items for the cartoonists to sign - this piano and the pot below. Mell Lazarus of Miss Peach has a famous grand piano that has too many cartoonist's signatures to count. Cathy is trying to catch up. 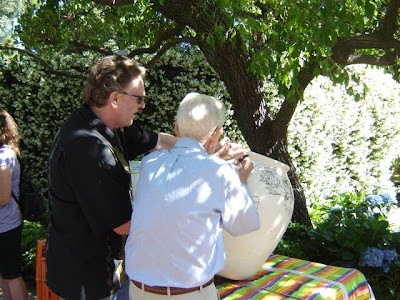 Bill and Jeff Keene of Family Circus signing the pot. 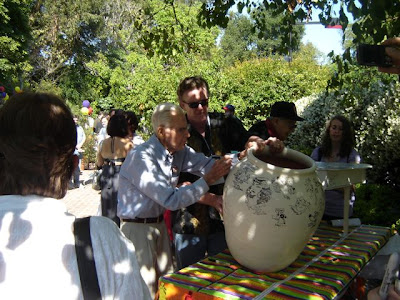 Here are their faces but the shadows are pretty dark. 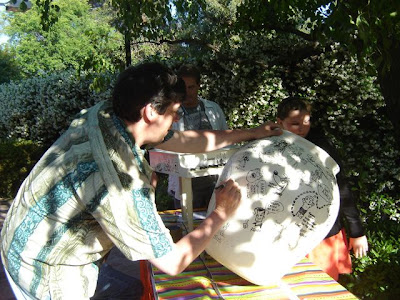 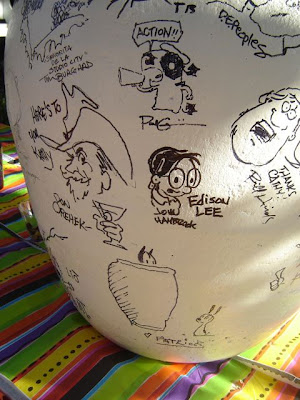 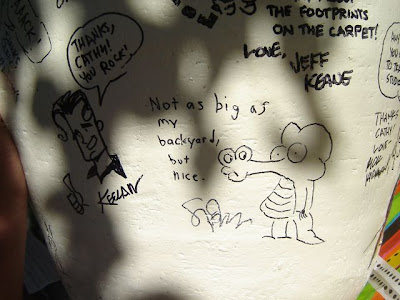 And I'll give Stephan Pastis the last word.