My Thoughts On The Future of Comics and Dave Kellet UPDATED 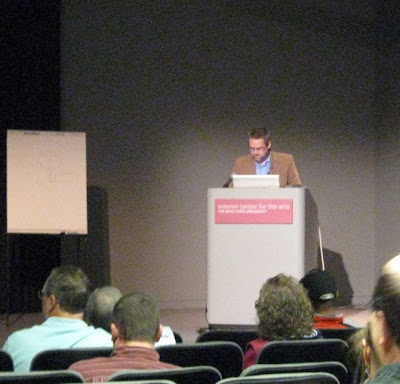 One of the Friday presenters at the Festival of Cartoon Art was Dave Kellet.

Titled "The Freeing of the Comics", his presentation was a reply to Bill Watterson's 1989 Festival Speech "The Cheapening of the Comics".
Before we begin - please remember that this is Anne speaking - not John. I don't want any confusion.
(Probably one of my favorite moments was when Dave put up the only existing photo of Watterson and said "You know - if you're going to cut yourself off from the world and leave behind only one photo of yourself - do you really want it to be this one?!") 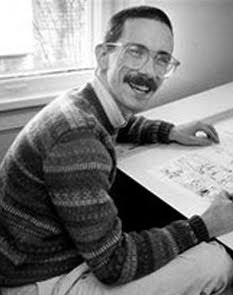