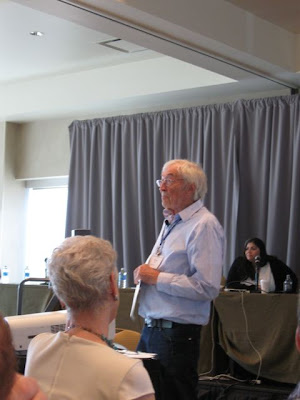 As I mentioned before, I am a huge fan of the work of George Booth and was thrilled to attend his lecture at the Reubens in New Jersey.
His presentation was facilitated by his daughter Sarah. This worked very well as she was able to take the place of an interviewer, in a way, and ask Mr. Booth questions, as well as keeping an eye on the clock.
He talked quite a bit about his childhood and growing up in Missouri and I was fascinated to learn that the character of Mrs. Rittenhouse that he uses so often in his cartoons is actually his mother. She sounds to have been a tremendous character of a person - he mentioned that she played the jews harp and the "french harp" (as well as a plethora of other instruments). I never remembered to ask him what he meant by the "french harp" and I wonder if he meant a traditional harp like the one I play. Oh well, opportunity lost.
He talked about his time in the army. It turns out that the army had quite a bit of trouble figuring out what to do with him (at one point he accidentally burned down a 12 hole latrine) until they let him start drawing cartoons. He eventually found himself assigned to draw cartoons for Leatherneck - a military publication - and thus started his career in magazine cartooning.
But imagine my surprise upon hearing that it took him 23 years to get a cartoon accepted by the New Yorker! I was astonished. I connect him so inextricably with that publication that I almost cannot remember a time when his cartoons were not in it. But, sure enough, his first New Yorker cartoons appeared in the early 1960's and not before. In his presentation, he explained that, in all the years he spent submitting things to them, he made the mistake of trying to write cartoons that were "New Yorker-y". When he stopped attempting to use the formula he thought they wanted, and just drew cartoons that made him personally laugh, then they started buying his work. It just goes to show how important it is to work in the voice that feels natural to you.
He put several cartoons up on the view screen but most of the pictures I took of them came out very badly so I include some of them here. Interestingly, some of the ones he chose to show happened to be archived in my personal scrapbook collection. (Elaboration to be found here.)
I was struck by how many of the cartoons from years past could have easily run today. 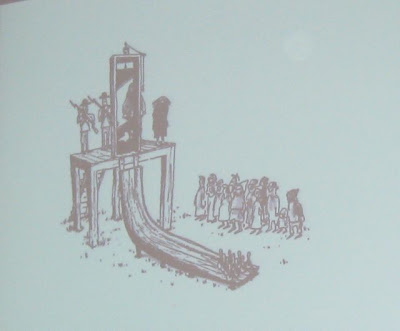 One of his earliest cartoons - this pic came from the screen which is why it is fuzzy. 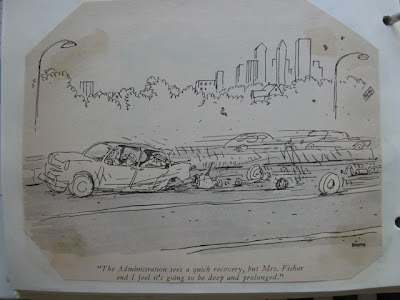 "The Administration sees a quick recovery, but Mrs. Fisher and I feel it's going to be deep and prolonged." (This is from the early 70's I believe - the more things change, the more they stay the same.) 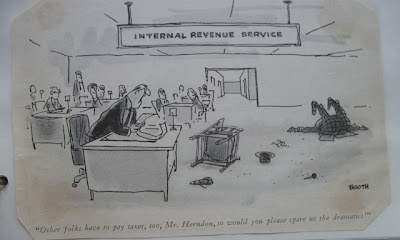 "Other folks have to pay taxes too, Mr. Herndon, so would you please spare us the dramatics!" 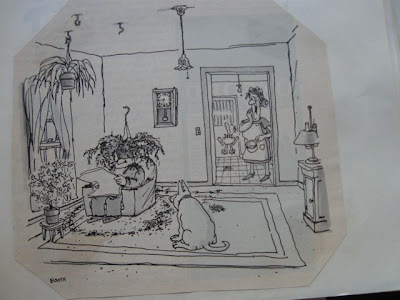 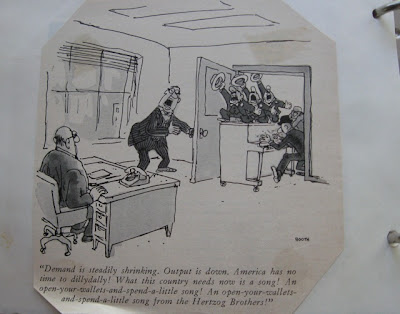 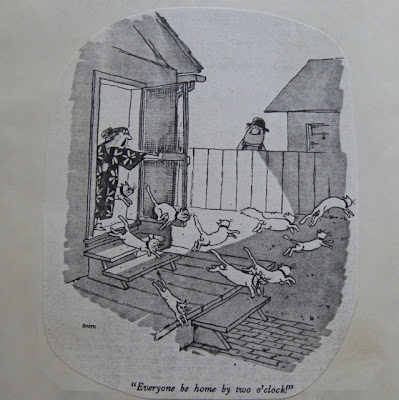 "Everyone be home by two o'clock!" 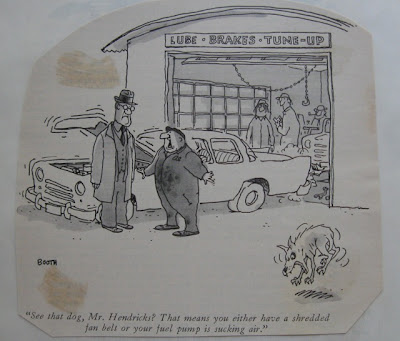 "See that dog, Mr. Hendricks? That means you either have a shredded fan belt or your fuel pump is sucking air." (For me, this is the quintessential Booth dog.)
During his presentation, Mr. Booth brought out his secret tip for drawing multiple dogs in one cartoon. The following are various "dog parts" and a few pictures of him manipulating them. 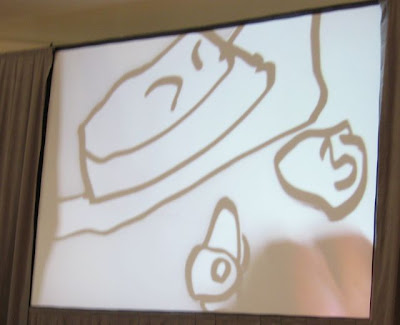 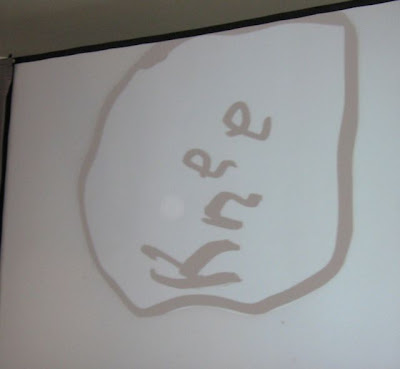 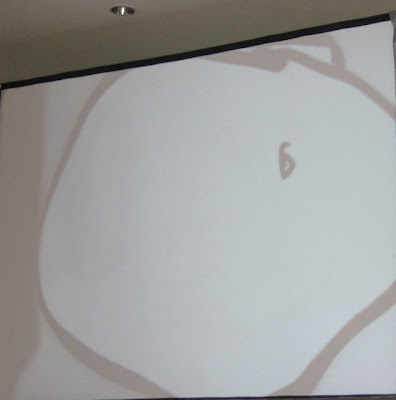 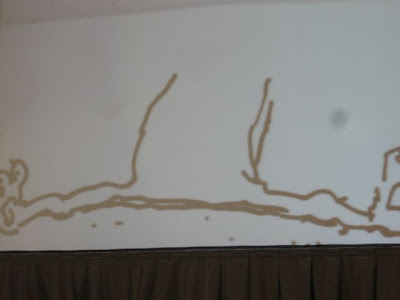 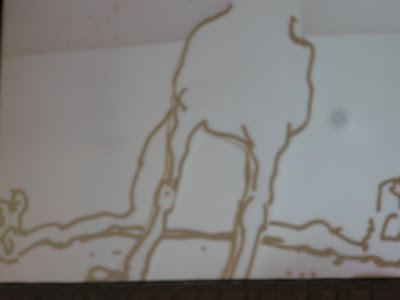 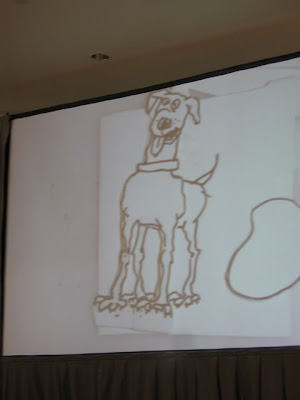 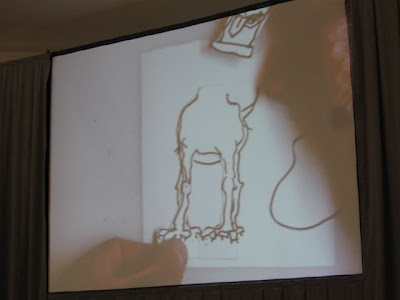 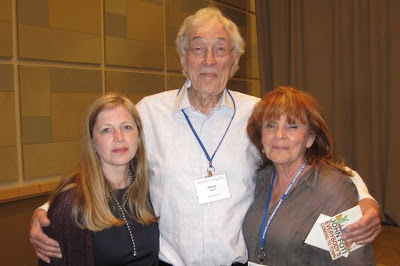 And, finally, here are Mr. Booth and his wife Dionne and yours truly. It was really a splendid experience, one I will cherish for years.
Posted by Anne Hambrock at 7/03/2010 07:45:00 PM