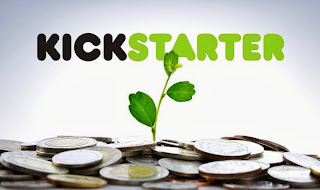 A while back I wrote a post comparing Kickstarter to Indiegogo that has turned out to be the most popular post on this blog. Apparently people are very interested in advice on crowd funding :-)

Since that post I have contributed to more campaigns on both Kickstarter and Indiegogo, as well as running a crowd sourced fundraiser independent of both platforms, and I have a new batch of insights you may find helpful if you are considering starting a Kickstarter campaign. Keep in mind that, while I will be using the label "Kickstarter" these tips apply pretty much across the board for crowd funding.

Here, in no particular order are ten of the top mistakes you should try to avoid when using crowd funding:

1) Putting a lot of work into your pitch (video and essay) but then just sitting back and waiting for the money to roll in.

2) Forgetting that, in most cases, the majority of your money will come from people you already have relationships with.

3) Assuming that others will automatically have as great a passion for your project as you do.

4) Asking for 100 % of your project budget via Kickstarter

10) Not understanding the best level of engagement needed with backers or the proper number of updates.