Miles - 4,655
Hours on the road - 68.4
Major Storms - 2
Ridiculous losses - 1
Hotels - 2 good, 1 not so good
Highlights: Spending one night with a long lost cousin, meeting Weird Al Yankovic, seeing friends old and new, huddling in towels for warmth, the deck of the midway, 1 sunny afternoon by the pool.
Best Photo Ops - Scenery in Utah, Weird Al, the usual assortment of "be-tuxed" cartoonists
Photos - Lots, some here the rest on Facebook. Skip to the bottom if you are only interested in Pics (but you'll miss a good brain fart story)
Something We Learned - This country is BIIIIG. And has a lot of barely habitable land.

John and I are back from the Annual Reuben Award Weekend - this year held in beautiful San Diego.

Due to the presence of ACE award winner Weird Al Yankovic we decided to take the whole family to meet him. With airfares being through the roof these days that meant...........

The trip was supposed to be closer to 4,200 miles but we had to drive across half of Iowa three times. Why on earth would we do that? That would be due to the brain fart by the weak link in our party (me, Anne) who left her ipad at the McDonalds at exit 292 and didn't discover it was missing until exit 201. Thank the lord for the address on the McDonalds receipt that allowed us to call 411 and find out if that ipad - which has my WHOLE LIFE on it had been turned in. And thank the lord double, triple, quadruple much that the person who found it was honest and DID turn it in. So around we turned and sprinted back 90 miles and then forward 90 miles again. It made for about an 18 1/2 hour drive that first day!

And it wouldn't be a Hambrock road trip without the storms that invariably follow us (read about previous tornado dodging here). The morning we left the Denver area they were hit by a tornado supercell and astonishing hail that had to be shoveled out of the streets. 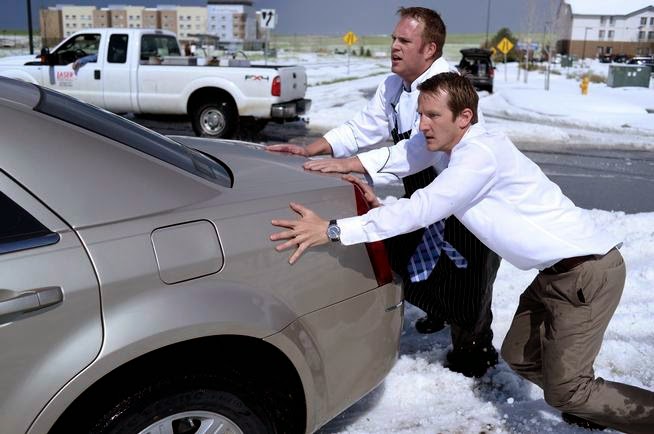 Luckily all we saw was some ordinary rain with the worst stuff just to the south of our route. On the way back we narrowly missed driving through the area of the huge mudslide in Western Colorado. 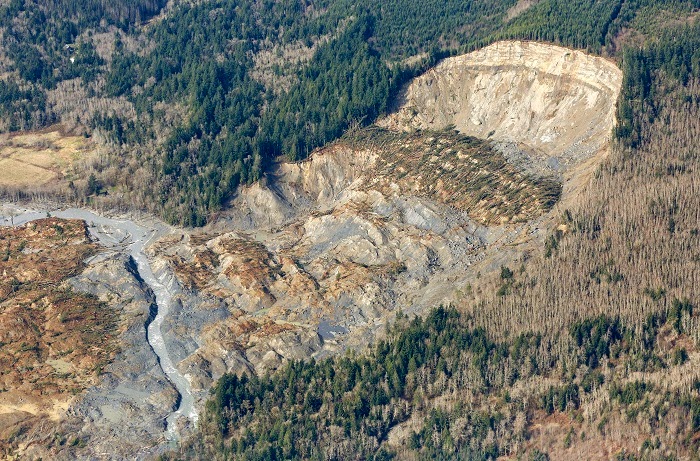 One reason we decided to make this drive is that we've never really seen much of the countryside past Lincoln Nebraska. We've sat in airports in Denver and Phoenix and flown into Los Angeles and Las Vegas. But that doesn't really count as having seen the western part of the country properly. As my sister pointed out, our neck of the woods north of Chicago is not truly in the middle of the U.S. It's more like it's 1/3 away from the east coast and 2/3's away from the west coast.

Here's a run down state by state (I use something I call the McDonalds scale to gauge how populous an area is - the more people, the easier it is to find a McDonalds)
Once we got closer to San Diego things began to look a lot more like they do in the midwest but with mountains. We could see evidence of the wildfires but didn't have to contend with any fires personally. San Diego itself was lovely - though cooler and cloudier than expected.

The first night we went to a NCS board dinner where John and Tom Richmond ordered what I came to call "the cauldron o'seafood" It came to the table in some sort of lava rock container that was very, very hot and the contents kept bubbling for a good twenty minutes.

Then it was out to the rooftop pool area for the cocktail party. It was a tad cooler than expected - as evidenced by the need for some of us to bundle up in pool towels. Ironically everyone wearing a towel was from Canada or the northern U.S.. You'd think us northerners wouldn't be such wimps about cooler weather. We've even got a heater there behind Sandra :-)

After the cocktail reception folks headed over to the traditional Karaoke night. I never did find out why Stephan Pastis was wearing this cape....

Saturday began with the fabulous buffet breakfast and the NCS members meeting. Spouses are not allowed into this meeting but I was given permission to thank the NCS Foundation and the membership for their support of the Kenosha Festival of Cartooning. After a short speech I took my leave and the kids and I did some sightseeing. We missed some of the afternoon presentations due to a get together with family in the area. But the ones we saw were great! And I got to pick up a copy of the new book on Rube Goldberg by his granddaughter Jennifer. Saturday's presentations were: A Rube Goldberg Panel, Sandra Bell Lundy, Gold Key honorees Bunny Hoest & John Reiner, and Milton Caniff lifetime achievement award winner Russ Heath.

Our hotel was great - right next to the convention center where the thundering hoards show up for comic con every year - and also attached to Petco Park Baseball Stadium via a walkway. Also handy to the historic Gaslight district and some great walking and running areas. John did a nice 7K run with Todd Clark, Jef Mallett, Dave Coverly, Jeff Knurek and several others on Saturday morning.

Then on to the big awards night. Tom Gammill was in fine form as usual ( I imagine some of the videos will make their way to YouTube presently). It was a great show! My particular highlight of the evening came with the acceptance speech of Weird Al Yankovic. He talked a lot about growing up with MAD magazine - its impact on him and how much he wanted to be a writer for them. Ironically, HE has been the musical equivalent of MAD magazine for our kids. I don't think any of them knew the real words to the songs he parodied until they were in college.

Al graciously posed after the awards with all the throngs of cartoonists clamoring around him. He was ESPECIALLY gracious while posing with OUR kids. This isn't because our kids are so special. It's because the camera was set to video mode and it took John three tries to figure out he needed to reset it to still shooting mode. At which time he got the dreaded "change the batteries" message on the screen. Al just stood there patiently smiling until we got it all sorted out and got our gets that pic they wanted so badly! Thanks again Al!!

After the awards everyone was welcome to attend the Presidents party thrown by NCS president Tom Richmond and his wife Anna. This party used to be a closed door event for nominees and behind the scenes volunteers that work on the million details that go into a Reuben weekend. Opening this party to everyone has been a wonderful thing and I heard a lot of great feedback from folks who appreciated it.

Sunday was all about the troops. The NCS and the USO have been partnering for a few years now to get cartoonists together with wounded warriors and this year's Reubens were no exception. Sunday morning a group of cartoonists visited the local Veteran's Hospital, in the afternoon more cartoonists drew for troops and the public gathered aboard the USS Midway and finally, Sunday evening, there was more drawing for wounded warriors and their families at the farewell dinner on the deck of the Midway. 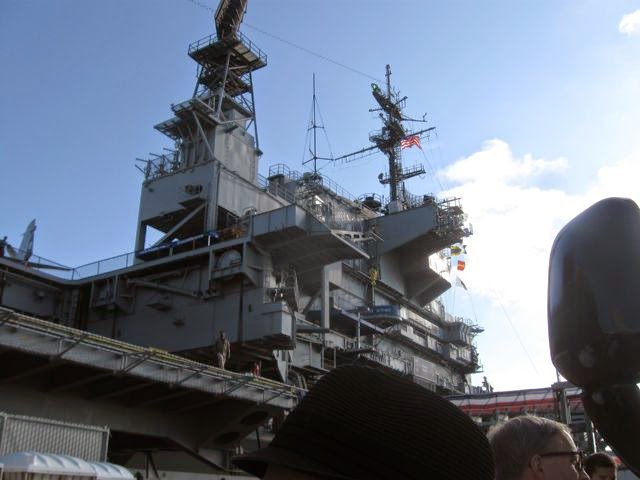 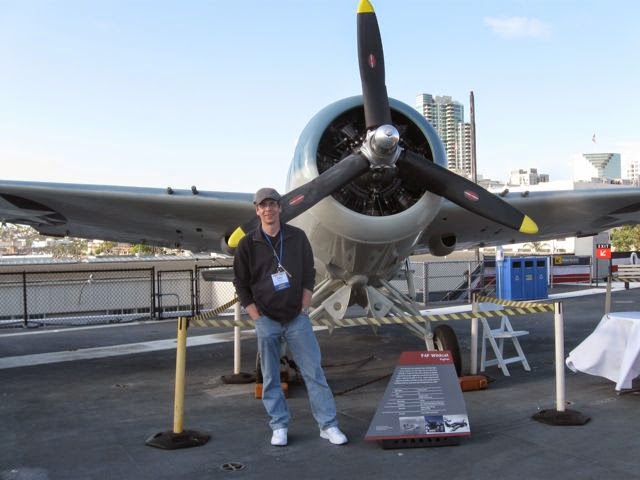 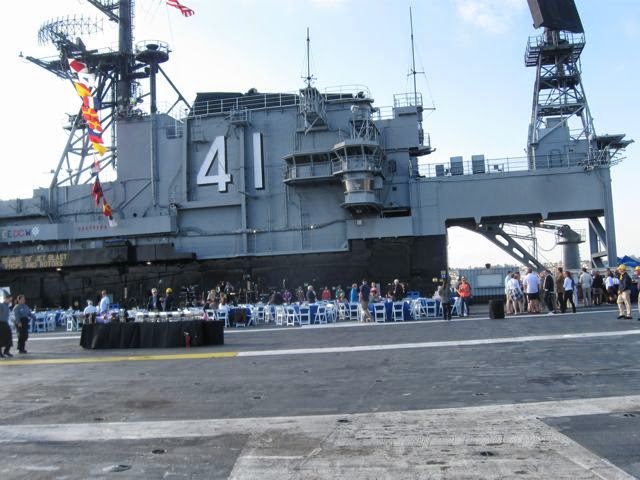 Thanks to Tom and Anna Richmond, Phil Pyster of Crow Segal and his team, The NCS Board and EVERYONE who worked to make this a fabulous Reuben weekend!!

(More pics on the Edison FB page by tonight)