Ice Scrapers I have Made 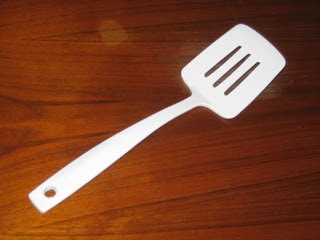 Let me start by saying that I live in the Northern Midwest. Not only that, I have lived my entire life in the Northern Midwest. Michigan, Indiana, Ohio, Chicago, Wisconsin. This means that I have experienced Winter. And I really mean Winter.
So, round about December, there is really no excuse for A) being unable to assemble  a matching pair of thermal gloves or mittens B) not knowing where anyone's snow pants are C) not knowing where any boots are and - most importantly - D) not being able to find a single ice scraper.
The explanation I offer for  A is that my children think all gloves and mittens are there for the taking. So they take them. And they never bring them back. No matter who they might actually have belonged to. This has led me to view the school lost and found as a sort of glove and mitten exchange where I can - for a brief moment in time - borrow a pair of mittens to replace the ones my child has donated - for a brief moment in time - to your child.
The explanation I offer for B and C is that I carefully put these items away into storage - usually in about July. July because, in Wisconsin you might still need your boots and snow pants in May, and by June - when you are just about sure you don't need them anymore - you still might. And by July you are tired of kicking the boots every time you enter the back door. So I put them away - each year selecting a new foolproof "I can't possibly forget where I put them this time" location.
By August I have forgotton where that is. By September I don't care. By October I know I should care but still don't. In November the temperature will be 65 and sunny on Tuesday and, without warning, a blizzard will descend on Wednesday - followed within 36 hours by subzero temperatures. (This year Snow took a pass on November and sucker punched us this week with over 17 inches falling in Madison on Tuesday. We were told not to expect this sort of thing this year as we are supposed to be having a balmy "el nino" winter.)
Which brings me to D  - Ice Scrapers. Unlike the first three, ice scrapers fall into a completely different category. Rather than put them in with seasonal items we must acknowledge that they are really in the ball point pen/comb/nail clippers/brush/scissors category. If you are wondering what all these things and ice scrapers could possible have in common, I'll fill you in. These are items that - no matter how many of them you may own or how many you may buy to have on hand - you will never ever be able to actually find one when you need it.
Douglas Adams had an interesting theory on the subject - at least when it came to ball point pens (which he calls "biros", both dating himself and pegging himself as a Brit). He opined that there was a  planet composed entirely of ball point pens on vacation and that, whenever they felt like it, they simply slipped through an interdimensional corridor and sloped off to their alternate planetary home for a little R & R, reappearing when it would be the most convenient to them and the least convenient to you. I agree with this theory wholeheartedly. I just think Adams didn't take the theory far enough. It definitely includes at least all the items I mentioned above and it most definitely includes ice scrapers.
Which is why, every winter, it is entirely not my fault that I don't have any.
Which brings me to what I use instead. To date I have tried:
Books (whatever is in the car trying to get back to the library - obviously hardcovers work better than paperbacks)
Credit Cards (relatively effective as ice scrapers, no longer very effective as credit cards afterward)
Spatulas (really ineffective - the plastic ones don't have enough of an edge and the metal ones scratch the windshield)
CD cases (very effective and my scraper of choice yesterday - I would however, recommend removing the CD first as snow gets inside the case)
Tupperware Lids (reasonably effective unless they are circular)
My Shoe (utterly useless - I was really desperate), and finally
Repeatedly pushing the button that puts de-icing liquid on the windshield and trying to sort of melt it off through an anti-freeze windshield wiper combo while cranking up the defroster inside the car. This last takes forever because the car takes so long to heat up. It also pretty much shreds the wiper blades.
So, tomorrow I'm off to buy approximately 25 ice scrapers in hopes that one or two of them will be handy. I'm sure they will all have disappeared by Christmas.
Posted by Anne Hambrock at 12/10/2009 01:11:00 PM