Success!! And Thank Yous. And How You Can Still Support The Kenosha Festival of Cartooning! 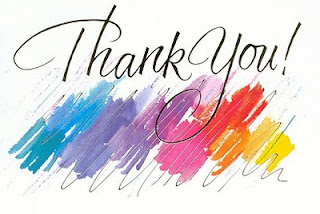 I am thrilled to announce that we made our Kickstarter goal and raised a total of $13,600 for this year's Kenosha Festival of Cartooning!

A Huge, Huge THANK YOU to everyone who backed the project and helped spread the word via blog, Facebook, Twitter, etc.

Tom Racine for helping me make the great video, for endless social networking and for interviewing me on Tall Tale Radio. I have the backer report now and it shows conclusively that the podcast generated more $ in pledges than any other source.

Rick Stromoski - President of the National Cartoonist Society Foundation - who felt that the Festival and the Foundation have similar goals and would be a good match. Without the Foundation's generosity, I am fairly confident I would have come up short on Kickstarter.

The NCSF board who unanimously agreed with Rick and supported his vision to help fund the festival.

Tom Richmond who generously offered to donate original MAD art as an extra backer reward and who blogged about the festival tirelessly.

Michael Jantze who offered sketches to anyone pledging $50 or more - including folks who had already pledged. In the days following his offer, I received several $50 pledges and I know that is no accident!

Alan Gardener and Mike Peterson who also blogged tirelessly about the Kickstarter Drive.

David Hurley who interviewed me on his blog Don't Pick The Flowers.

All of the above folks also personally made pledges to the project, for which I also thank them profusely!

On the business side, and in the interest of both transparency and a desire to be helpful to others who may wish to use Kickstarter:

Kickstarter DOES charge a fee for its services. 5% of total money raised.

So does Amazon - 3%-5% of all payments processed through Amazon. (I find this phrasing a little disingenuous as it is not possible to pledge to Kickstarter any other way but through Amazon)

I don't have a problem with this - I knew it going in when I agreed to Kickstarter's terms - but if you are planning to use Kickstarter to fund a project BE SURE TO FACTOR THESE FEES INTO THE AMOUNT AT WHICH YOU SET YOUR GOAL!

The $10,000 I asked for represents about 80% of my total projected budget for the 2012 festival. So the extra money we raised will help cover a larger percentage of festival expenses, and also the $1000-$1300 I will have to give to Kickstarter and Amazon. 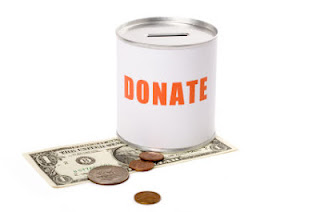 I decided to do the Festival in 2012 because there seemed to be a lot of genuine excitement about having another one. Immediately in the wake of the first festival a few folks made donations hoping there would be another.

I still have a paypal donation button up on the Official Festival Site - if you are excited enough about this festival that you would like to see it become a regular fixture in the cartooning firmament, please don't hesitate to head over and make a donation. I will honor the same backer rewards as on Kickstarter - Click on Support The Festival for more information on rewards.

Email ThisBlogThis!Share to TwitterShare to FacebookShare to Pinterest
Labels: Kenosha Festival of Cartooning