If you live in Oregon, you've heard about Monsanto's Rogue GM Wheat being discovered growing in the wild. It's a big hairy deal and Edison is having his own problems with some GM wheat he was fooling with in his lab. 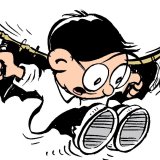 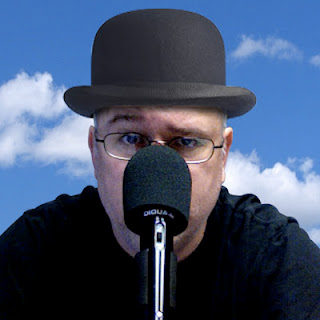 I've started a Pinterest Board dedicated to Brilliant Mind of Edison Lee Science cartoons. This is to make it easier for science minded types to find their favorite Edison comics that have a scientific bent. I'll also be offering commentary on some of the strips. If you find a strip that you like and are interested in reprint rights visit the Cartoonist's Group for access to all Edison comics.

I'll be trying to add a few strips to the board every week.

Back From The Reubens in Pittsburgh! UPDATED

It's been quite a while since I (Anne) posted anything here - apologies! Summer is a better time for me to blog so expect more regular updates in the coming weeks.

One big reason for the lull is that, every year during the month of May, we at Edison Lee inc. are madly scrambling to get all the strips done so that we can take a grand total of 5 days off to go to the Reuben Award weekend. As I accompany John to his speaking engagements it's clear that the general public has no idea that most cartoonists don't get vacation. Some of the big guns like Doonesbury and Zits are allowed to run reruns but most cartoonists are not. That means 365 illustrated jokes a year. I know, I know, we could just "work ahead". But that's not as easy as it sounds. Some cartoonists can do it but most I've talked to have a really hard time writing, inking, and coloring more than 7 strips in a week.

Enough of that - on to the Reubens.

The Reuben award weekend is often described as the "Oscars" of cartooning but I think that description falls short. The black tie award night (Saturday) is only one component of a weekend jam packed with presentations by cartoonists as well as ample opportunity between Thursday and Monday to really catch up with cartooning friends. It's also a terrific time to meet cartoonists you haven't met in the past not to mention time to gawk awkwardly from across the room at a cartooning idol you grew up with. The fabulous part is when you get the opportunity to meet that cartooning idol face to face and discover that they not only treat you like a friend but they may be a fan of your work. I hate to speak for John but I can tell you that the first time a veteran cartoonist mentioned to him how much he liked The Brilliant Mind Of Edison Lee and that, furthermore, he read it every day - well, let's just say John was more than flattered.

This year's event was in Pittsburgh, a city I have never before visited, and they truly rolled out the red carpet. Along with the usual 4 star hotel, the Toonseum in Pittsburgh organized a comic art festival - the mayor even issued a proclamation welcoming all the cartoonists!

The festival was spectacular! There was a gallery show of original art by over 60 years of Reuben Award winners - from Rube Goldberg himself (the Reuben award is named after him and the statue itself  was designed by him) to last year's honoree Tom Richond of MAD magazine fame - a panel discussion with Lynn Johnston, Cathy Guisewite, Hilary Price, Jen Sorensen and Terri Libenson, a block party (they closed off the street for all the comic vendors) a chalk jam drawing on the street, and artist signings all day Sunday. Kudos to the Toonseum and Jo Wos for their tireless work on this wonderful event!!  And, for the first time I can remember, the local media really took notice of the weekend and what an amazing thing it is to have over 300 internationally recognized cartoonists descend on your city!

A huge thank you also to Tom Richmond (current NCS president) Anna Richmond, all the cartoonists who volunteered their time stuffing goody bags and seeing to the myriad of details surrounding the organizing of such a weekend. Another big thank you to the folks at Crow Segal Management who work hard for months with the planning and registration for the weekend and spend much of the weekend working rather than enjoying themselves at the bar!

Here are some of the pictures I shot over the weekend, as usual there were so many great pics I forgot to take entirely :-) I will post more onto facebook next week.


Check back for a link to more pictures on facebook next week!