Reuben Weekend Boston Pics Round One...

So we're back and, awesome as the weekend was, the drive home (18 hours) has left me too exhausted to write much. So here are some pics to get things rolling....... (Don't forget you can enlarge them by clicking on them) 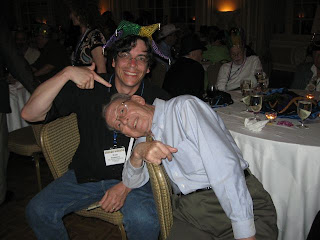 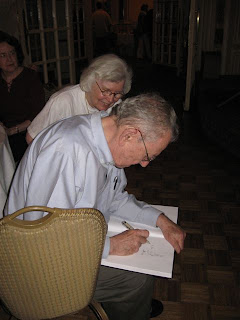 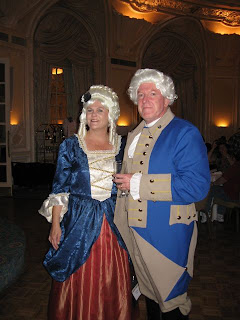 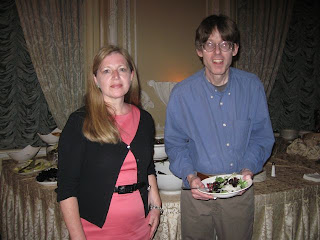 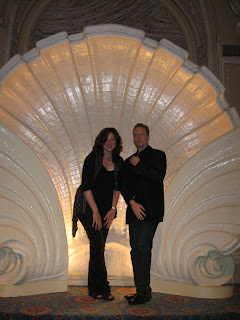 In the Venetian room there was this huge shell thing - that's Ed Steckley and his wife Heather. 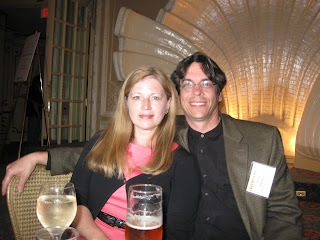 Here we are in front of the darned thing but we have the good sense to be drinking. Venus di Vino? 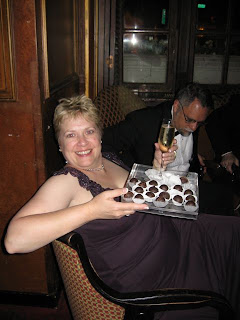 How to make Anna Richmond happy....(I drove those truffles across 7 states) 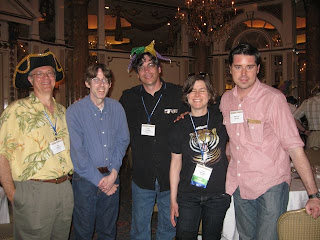 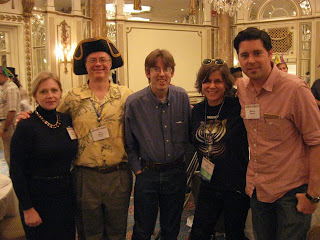 Although John managed to.... 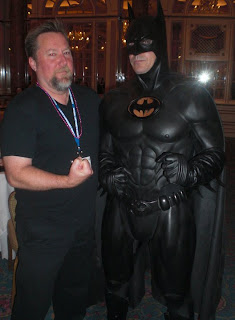 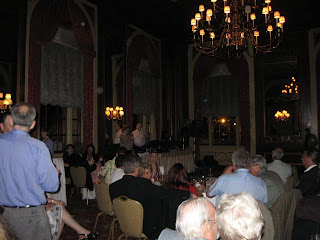 Wouldn't be the Reubens without Karaoke - although I doubt it's been held in a room this sumptuous before... 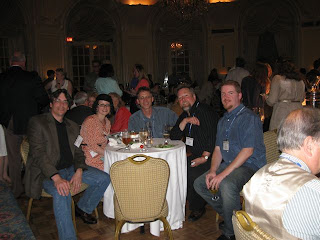 John with Mark Parisi, Rick Stromoski, Dan Thompson, and I did not catch the other name - help someone? 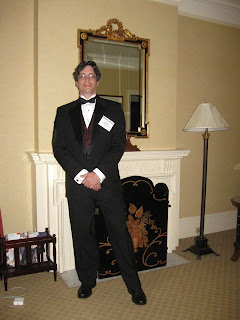 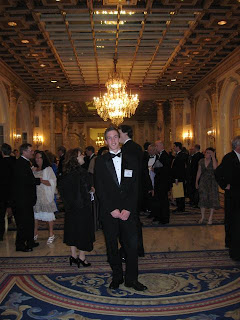 Our son Kristopher in the lobby - elegant surroundings, elegant attire.... 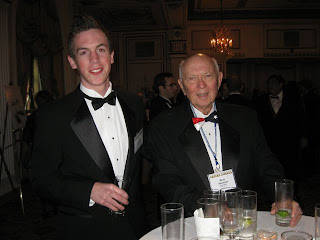 Kris got to meet Brad Anderson.... 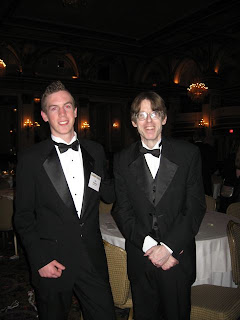 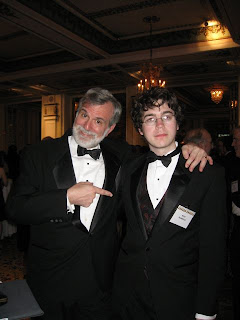 Our madcap son Alexander with the even more MADcap Sam Viviano... 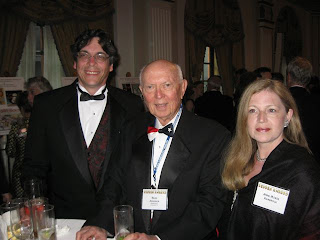 One more...... (BTW Brad's wife and I our knitting buddies, this is our 3rd Reubens talking all things knit and she's sending me a pattern....) 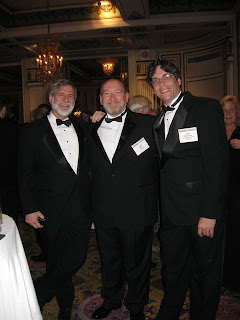 Sam Viviano,  John Read (the genius behind One Fine Sunday and Stay Tooned) and John John with Norm Feuti and Ray Billingsley (Apologies to Ray for the half closed eyes but the other two pics they are all the way closed :-) )

At The Reubens in Boston

Due to a lack of a working laptop (somethng I have to save up my pennies to remedy) I am not able to do quality blogging on the road. I have lots of great photos from the Reuben Award Weekend this year but, since they were taken on regular cameras and not some sort of "smart" "instantly interface with the internet" device, I won't be able to upload anything until I return on Wednesday. (We drove - it's going to take a while to get back. Yes, I know we're crazy.)

And the ipad, while great for a lot of things, is no substitute for a laptop when it comes to blog posting. Most of the customizations I usually add to my posts do not register when using blogger or typepad. I am thinking about checking out wordpress and seeing if that is better.

Anyway, in lieu of blogging I have been tweeting. So, if you want the scoop on our last five days, go follow me on twitter. If you just click on my tweets you'll get a pretty good picture of what has been going on.

Congratulations to all the award winners - especially to Richard Thompson for winning the big Reuben Award. Muchly, muchly deserved.
Posted by Anne Hambrock at 5/29/2011 09:15:00 AM 0 comments

Here is the piece that John did for Team Cul de Sac, a fundraising project for Parkinsons Disease that you can read about here.
Posted by Anne Hambrock at 5/10/2011 09:37:00 AM 0 comments